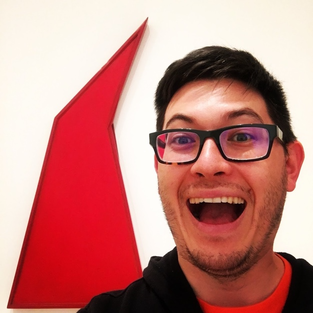 A slack colleague asked about accountability at the MediaLab, and what happens now? What does restitution look like when someone transgresses against their community?

I think it’s important to keep all of these questions in context.

First and foremost, we should be asking what is owed to Epstein’s victims, and keep a focus on what restitution will be for their exploitation (even if the focus of this post deviates from the topic).

And I think that what is owed is a good framing for talking about accountability.

Joi is not accused of anything as horrific as Epstein did. The issue with Joi is a pattern of bad judgement which let Epstein, a convicted sex offender running a sex trafficking ring, into a community he was entrusted with as its director.

That repeated bad judgement is an abdication of what is owed to the students, staff and community of the MediaLab.

Perhaps Joi thought he could play with fire and not get burned. But Ethan Zuckerman & Nathaniel Mathias’s resignations and the whistleblower who provided the backbone of Ronan Farrow’s New Yorker story demonstrate that his leadership at the lab was untenable, even before he acknowledged that fact with his resignation.

That bad judgement can be broken down across at least 4 different dimensions.

So his judgement is bad, and leadership untenable. But what now? What should the MediaLab do? What should Joi do? Did Joi have any moves available to him other than removing himself from the picture? What was the responsible thing to do?

Maybe someone can get me past the first item, if the person in question were able to articulate how bad of an idea their conduct was in retrospect, and how and why they were going to change going forward. Maybe.

But all of the remaining items point to a pattern of knowingly proceeding with problematic decisions irrespective of all of the warnings – personal or professional – and institutional prohibitions, and then seeking to avoid accountability, even in an environment which claimed to prize transparency.

And in that light, it’s challenging to see how could someone chart a course where Joi could be relied upon as a trustworthy partner. Trust is a hard thing to rehabilitate, particularly because the conduit for rehabilitating trust is transparency, and Farrow’s story documents a pattern of circumventing the MediaLab’s transparency.

(p.s. It will be super fucked up if Joi leaves the lab and Nicholas Negroponte remains.)

You May Also Enjoy

Google Maps as context on a tragedy

Authorities say that all 18 passengers, including driver, in the limo died; one passenger survived only to die later at hospital, per @nyspolice https://t.co...